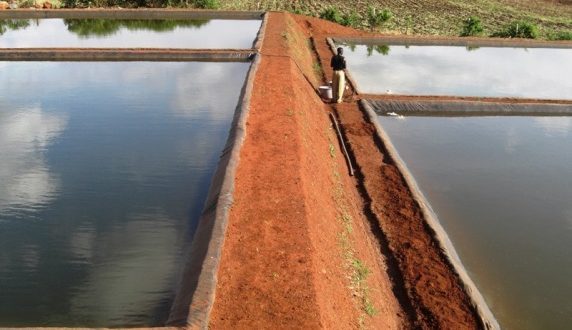 Transform society starts by transforming oneself. As Mahatma Gandhi said, you must be the change you wish to see in the world. It always started with one individual, one institution, one single unit to transform a whole society. In Kuria East and West and organizations paradigm shift is reforming lives and creating a smiley society.

KeNAAM, a Malaria Network NGO has developed and expanded its scope of work to include, maternal and Child health related issues by adopting a concept dubbed malaria ++.

“We cannot prevent a child from dying of malaria and let them dies of malnutrition or anaemia, it will be pointless”, said Mwangi.

In its paradigm shift, KeNAAM not only seeks to create malaria free country but also leverage on it vast experience in malaria advocacy to play an even more integral role at the county level that not only focuses on scaling up effective malaria interventions but also reducing maternal and infant morbidity and mortality, said, the KeNAAM Board chair, Mr. Irene Mbugua, in the 2013 end year Annual report.

In Kuria, sub-county, Migori there are several success stories of programs that KeNAAM is doing in the region. Whilst a myriad of challenges abound, KeNAAM’s determined efforts are gaining fruits. In Kuria East and West, a number of community units visited have started self sustaining projects. Most Community U’s visited had either started, a fish pond project, a farming project, bee keeping project and were thinking of expanding to even bigger projects in the future.

Moreover, all of the CU’s visited had also registered with the Ministry of Social Services and had been issued with certificates that would enable them access the Uwezo fund by the government.

Under the mentorship of Miriam Mbone, KeNAAM field officer in Kuria, most of the CU’s visited were highly appreciative of the work KeNAAM is doing in their region. The members said the projects were benefiting them not only as members of the group but also a community initiative.

“Here they do not buy land; one member gives a piece of land, whilst others offer the workmanship” said Mbone about how the Community Units get land to work on.

The Kombe CU in Kombe district, Kuria East is a happy lot, their harvest is ready. Kombe health centre offered the group a piece of land where they have planted sweet potatoes.

“The harvest is ready, it has been a good season and we should be harvesting soon,” said a member of the group.

Similar stories are shared across Kuria West. The Nyakore CU has a variety of projects and has a vision to start several more. Currently the group has two projects running co-currently. A fish pond project and a bee keeping project.

“On a good season, the pond can fetch between thirty and forty thousand shillings in sales.” Says the Nyankore chairperson, Mr. Manase Mugendi.

“The fish have a ready market in the region. They are sold on an open market, as people come when they are harvested to buy”, says a jubilant Mugendi.

The Nyankore CU looks forward to also start a poultry project whilst expanding the bee-hive projects to have five hives instead of the current three.

“We will not be here for a while, but what of when we leave?” asks Mbone, “we want to leave self sustaining communities that do not rely entirely on donor funds”

KeNAAM has left its footprints in over 33 malaria burdened counties in line with fulfilling its vision of “A Malaria free Kenya”, it now is creating self sustaining communities. We all should aspire to leave every society better than we found it. Brighter, better and more self fulfilling.